Markus Wine Co. is managing and using the grapes for their old vine blends exclusively.

There are no records of when exactly the vineyard was planted. The block was donated to the Catholic church in the 1960ties (that’s where the name is coming from) Steve Borra purchased the this old block from the church in the early 70ties before he opened the first boutique winery in Lodi in 1976. Steve Borra Jr confirmed that when his father purchased the block back in the days, that they already looked old and gnarly back then.

The grapes where used mostly in the Heritage Field blend produced by Borra Vineyards since the early 2000.

We have experienced bright red fruit character in the Carignan and dark fruit components in the PS and Alicante. These old vines are producing smaller berries and they hold the acidity perfectly.

This 1.5 acre vineyard has been planted in the late 1930’s on its own rootstock. The vineyard site is mostly sandy loam. It is a field blend of 1/3rd Petite Sirah, 1/3rd of Carignan and 1/3rd of Alicante Bouschet.

It is a slow ripening vineyard and production is around 3t/acre only. 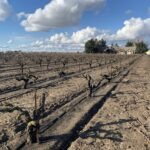 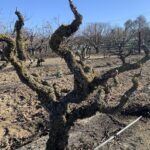 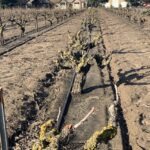